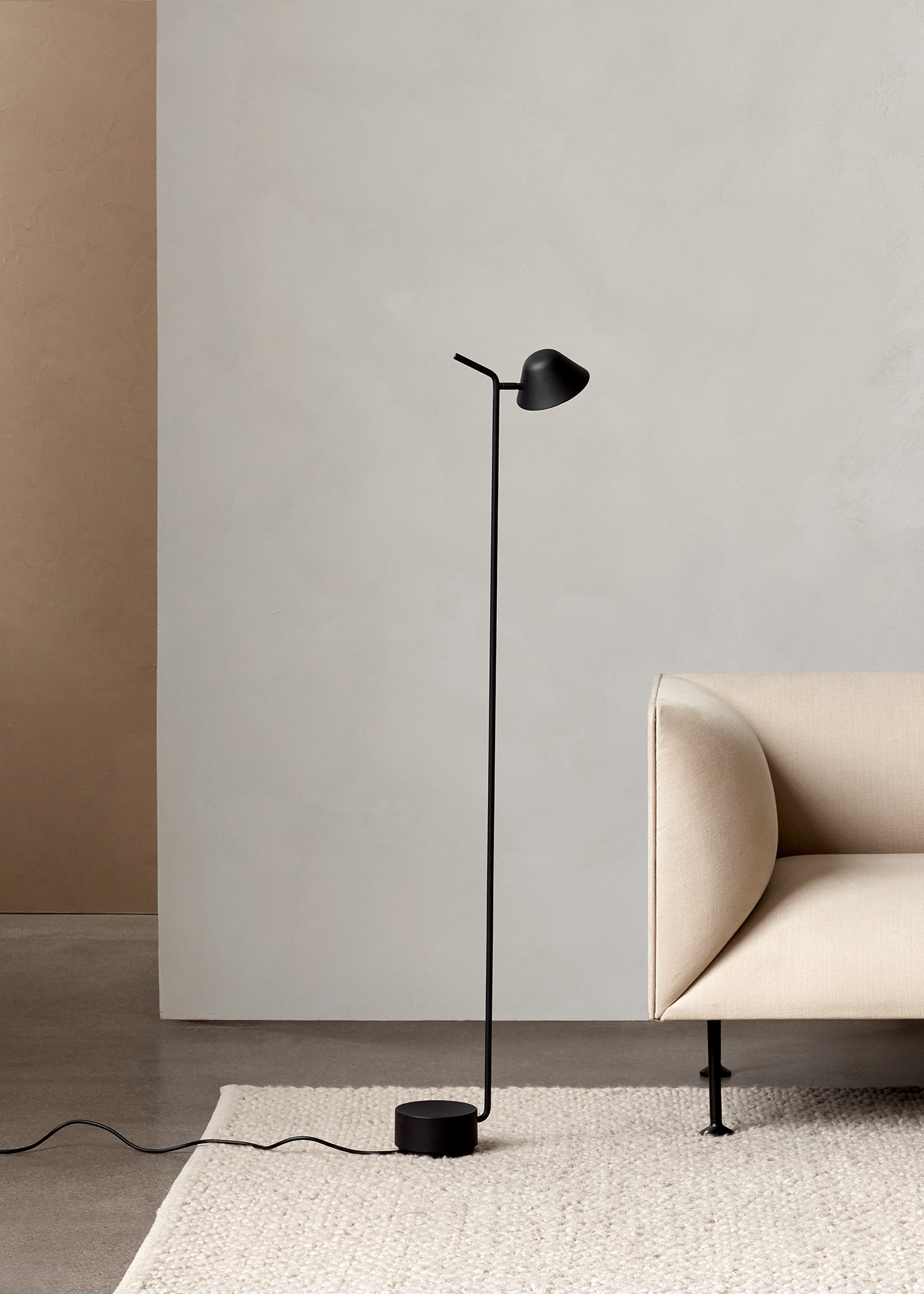 The Peek lamps were introduced in 2015 with the table lamp as the first product to be released. However, the lamp was initially designed as a floor lamp to accompany a sofa I designed a few years back, says Jonas Wagell. I found that floor lamps often are too big and dominant in interiors. I needed a lamp which was small and humble and simply “popped-up” wherever some light is needed. The Peek lamp has a heavy base with a long slender stem and a shade which gracefully peeks over the back of a sofa or armchair. The base has a concave top creating a bowl for the essential stationary, earplugs, jewellery or other small items and the top of the stem functions as a touch dimmer.

Although the form derives from a functional requirement I believe it’s important that the lamp has a clear and personal expression. I strive to create simplistic objects and products that are intuitive and easy to understand. In essence, the Peek lamps only consist of three parts – base, stem and shade. The form is reduced to a necessity and the expression becomes iconic.

First out in the range was the table lamp in 2015, succeeded by the Peek Floor Lamp the following year. 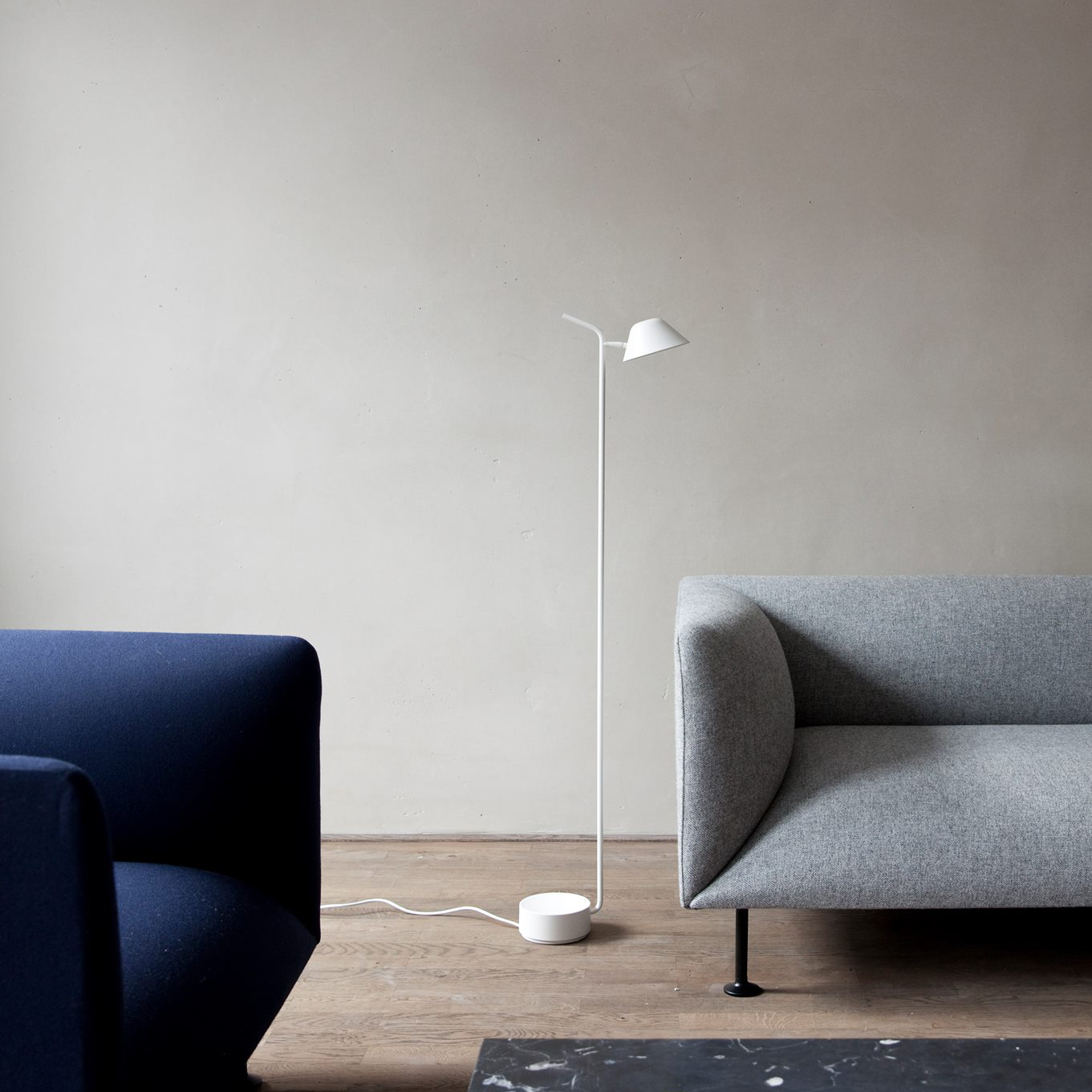 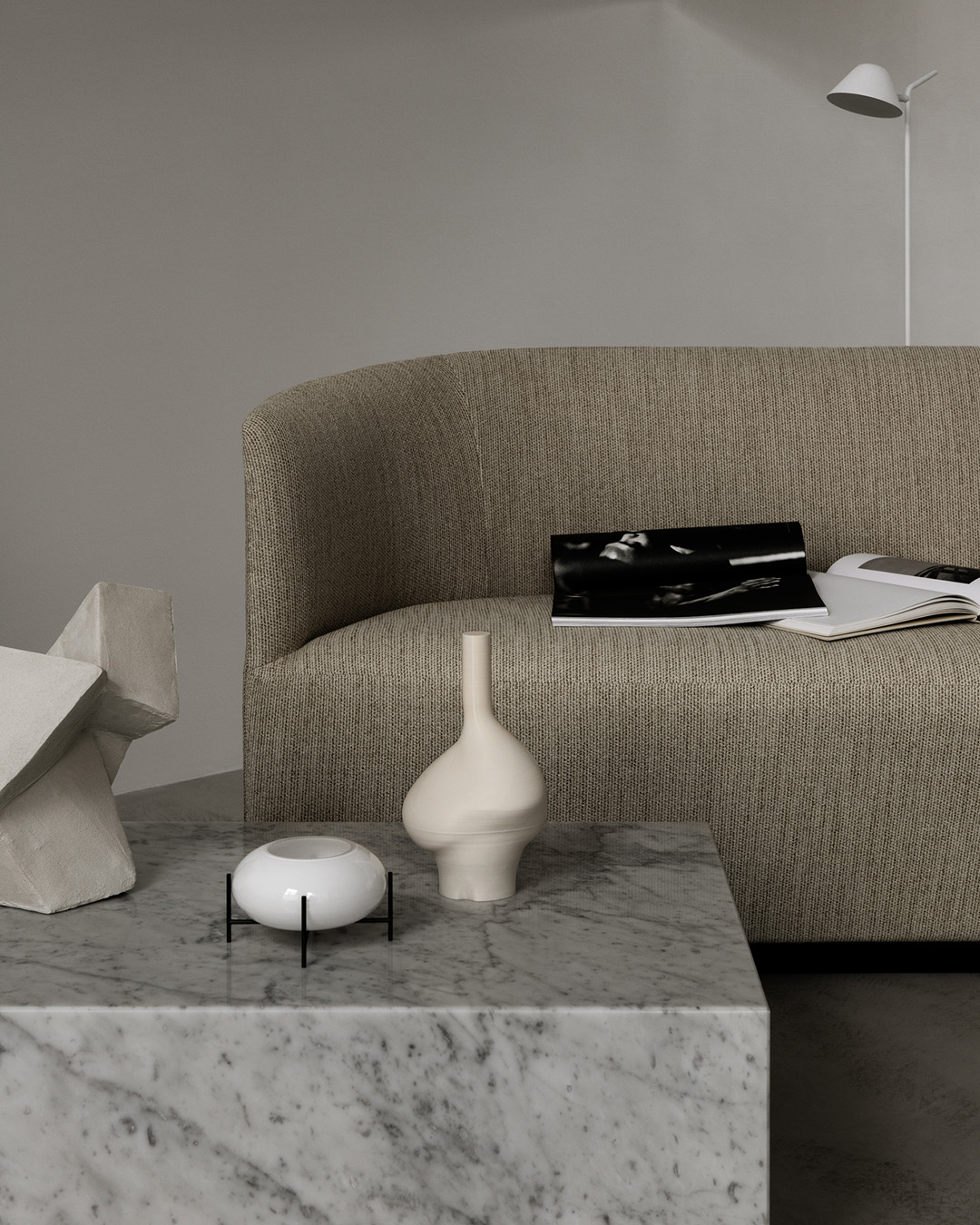 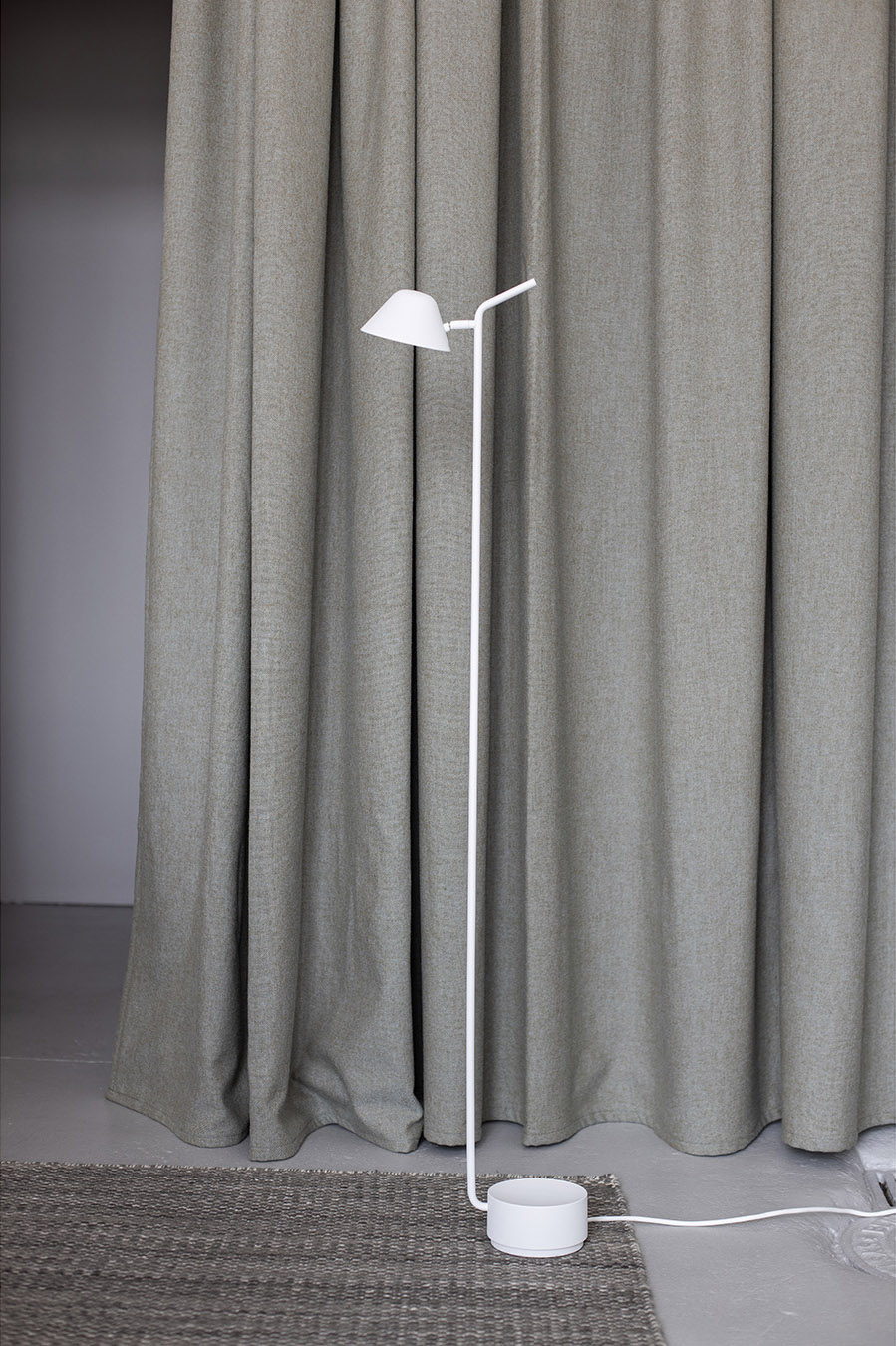 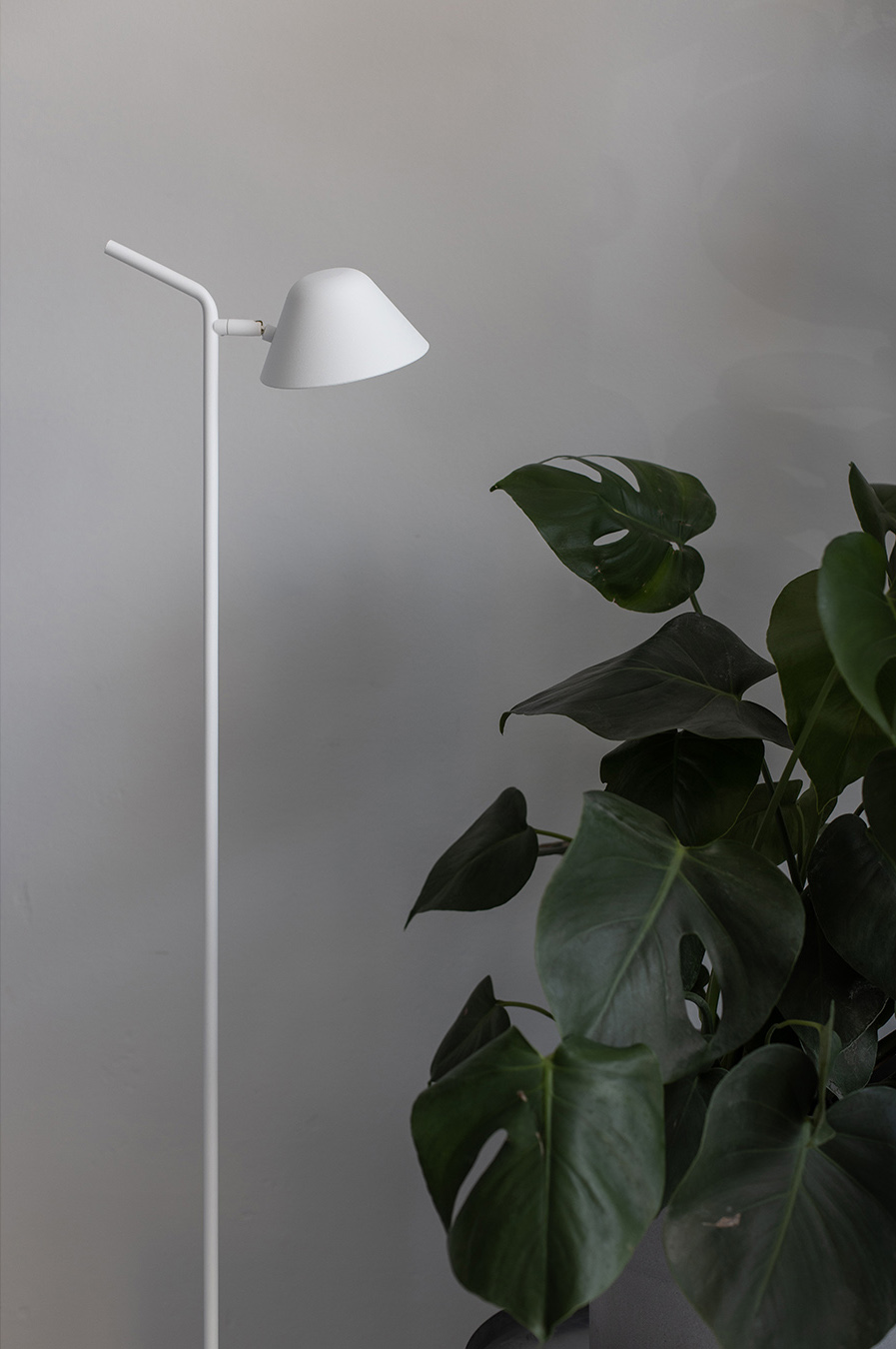 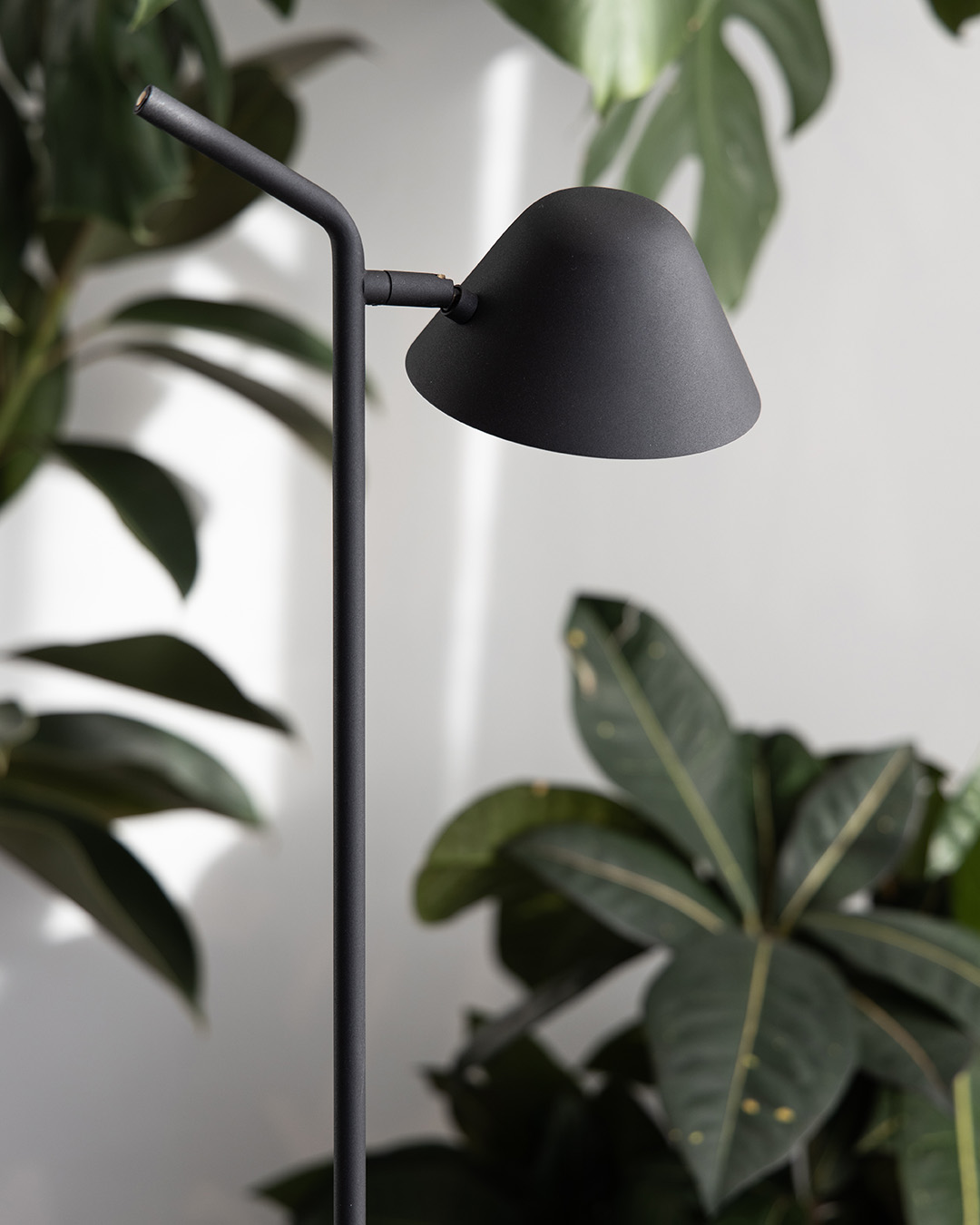 I’m interested in the properties of materials and their tactile quality, but generally not so impressed by new or innovative materials. I appreciate technology, but love and prefer analogue solutions since they are intuitive and easy to understand. Trendy materials also create trendy products, and trends come and go. Trends are not sustainable, says Jonas Wagell. 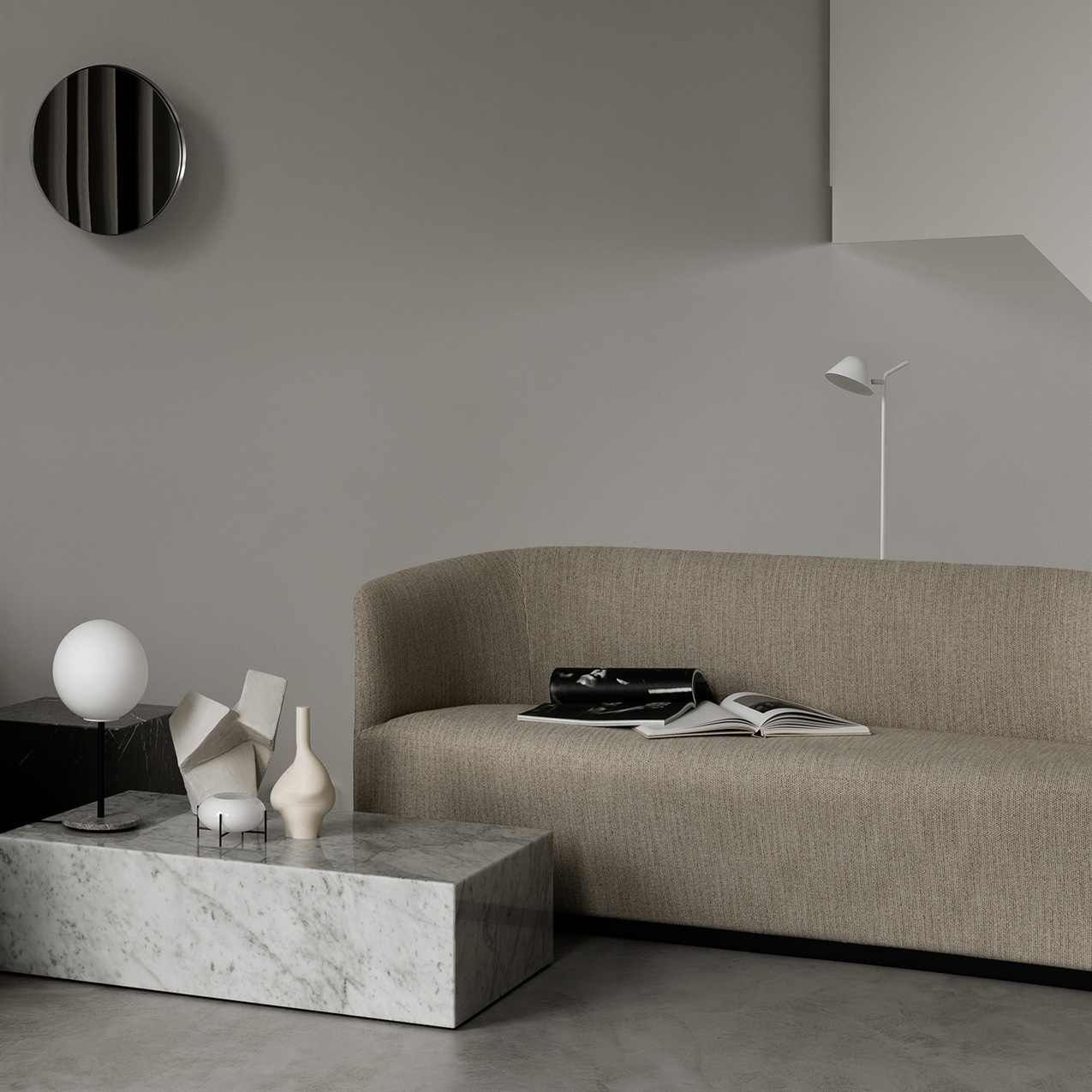